A few Mammillaria in flower 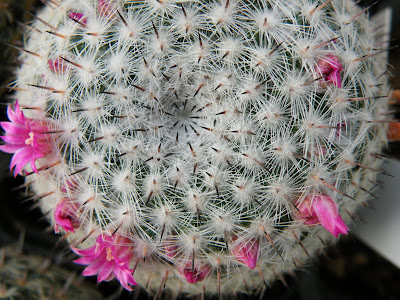 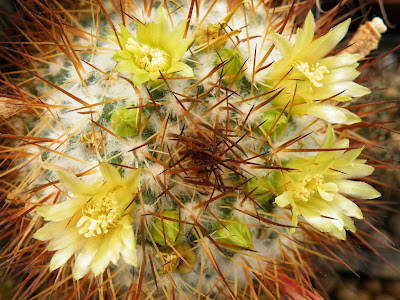 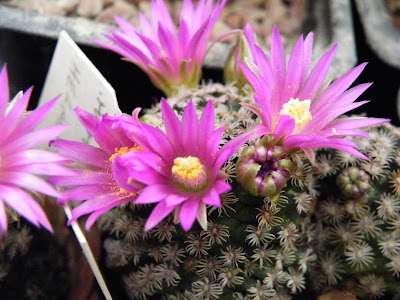 Mammillaria albata is considered a synonym of M. hahniana (M. bravoae) by some authorities and by others as a form of M. geminispina. Whatever it is, it is a very beautiful form. This form comes from Pedro Montoya (San Ciro) in the state of San Luis Potosi, Mexico.


Mammillaria petrophila is another beautiful cactus and rewards the grower with bright yellow flowers at this time of year. It hails from Southern Baja California, South of La paz, Mexico.


Mammillaria hernandezii is one of the smallest in the Genus Mammillaria and also displays some of the largest flowers for its size. From Sierra Mixteca, Oaxaca, Mexico. Mammillaria laui v. subducta is one of three varieties of the same species found by Dr. Alfred Lau in the vicinity of La Reja, in the State of Tamaulipas, Mexico. The other two being M. laui v. laui and M. laui v. dasyacantha.
Posted by Amante Darmanin at 3:24 PM 5 comments:

Amante Darmanin
I am a keen cactus enthusiast. I grow cacti mainly from seed but recently has started buying those hard-to-get ones from eBay. Such as variegates, spiral cacti, cristate and monstrose. As these are all mutations they cannot be raised from seed and has to be bought. I have visited Mexico five times, taking pictures of cacti and would like to visit again when I have the time and money.

How many cacti do you have?

The Cactus and Succulent Society of Malta